The Story of Nokia, Microsoft and a 1000 Hearts Breaking 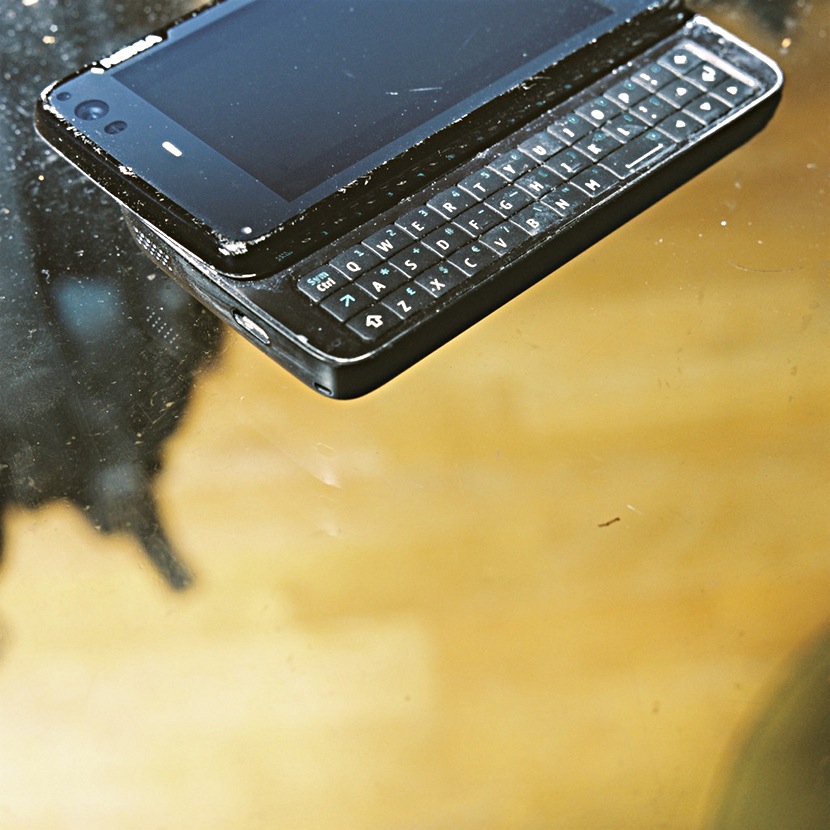 In the wake of Microsoft’s acquisition of Nokia, here is a tale of a telephone an a 1000 programmer’s hearts breaking. It starts when I am on the lookout for a new phone. A phone that is a little computer that can run all kinds of applications I can install myself—a smart phone. Since I like my new found ways of writing scripts and getting intimate with the terminal, I am looking for a telephone that resembles the UNIX systems I know.

I have also learned to write Python. I know how to use it to make web applications, and it seems to be reasonably easy to create desktop applications. But when creating applications for smartphones, the two most popular phone operating systems have their own way of doing things, using different languages: Objective C on the iPhone, Java on the Android. Big companies like Apple and Google prefer to create their own way of doing things, and call it a platform—which, in the words of Eben Moglen means: places you can’t leave.

The Nokia N900 then seems to offer an alternative. It runs the Maemo operating system, that shares with Android its Linux core, but reuses much more of Linux’s graphical model. It should allow me to reuse my new found knowledge of the Unix platform and its programming languages—like the Python one I have just been learning:

27 minutes to get a basic app running; an afternoon (most of it spent doing other stuff while stuff downloaded) to get the full development environment (with emulator) up and running. Simply excellent. The N900 really is a very good platform for development work, especially with Python.

In a similar vein, whereas most telephones are locked down by default, requiring some kind of ‘jailbreak’ procedure to allow to install any software, the Nokia has no such restrictions—it even comes with a Terminal program by default.
As I scour the internet figuring out how it works to jailbreak the latest generation of iPhone, I come across seedy forums with adolescents shouting homophobic abuse at each other, and I figure I would rather be part of a more positive ecosystem—I order the Nokia.

It works out quite nicely. I like using the phone; the full QWERTY keyboard makes for great note taking and texting. Though I never get to any programming beyond installing the IPython shell, there is an actual pleasure in the feeling that I could, whenever I would want to. Finally, I profit from a great build quality, which sees my phone survive falling into a bucket of paint.
The great downside to the phone, are caused by the simple fact of it being not very popular. As it does not represent a sizable number of All the new applications that appear are for iPhone and Android. Apparently, having a phone that you can easily fiddle with yourself, is not what gets users flocking to the device. I feel a little lonely using this operating system.
Yet at Fosdem 2011, a yearly event for Open Source software developers, it turns out everybody has this phone. I speak with the community manager for the largest Maemo website, who speaks with great enthousiasm about this community. I remember that John has this phone, and Ginger too. For a moment it feels like the people needed for the platform to have a future, are there.

Yet companies only work with open source as long as they can make open source work for them. ‘The most open’, by itself, is not easily translatable into market share. Two days later, as I get home, I read that Nokia has signed a deal to continue with Microsoft Windows as the operating system for its smartphone. It is like I hear a thousands programmers’ hearts collectively break.

Though I never get to any programming beyond installing the IPython shell, there is an actual pleasure in the feeling that I could, whenever I would want to.

That is a bit like what Marcello Mastroianni says at some in point in ‘Mi Ricordo, Sì, Io Mi Ricordo’: He’s content living in Paris because there is always something going on, he has the possibility to go and see ballets, museums, parties—and he does not do any of it, he does not need to do any of it to be happy with the possibility.